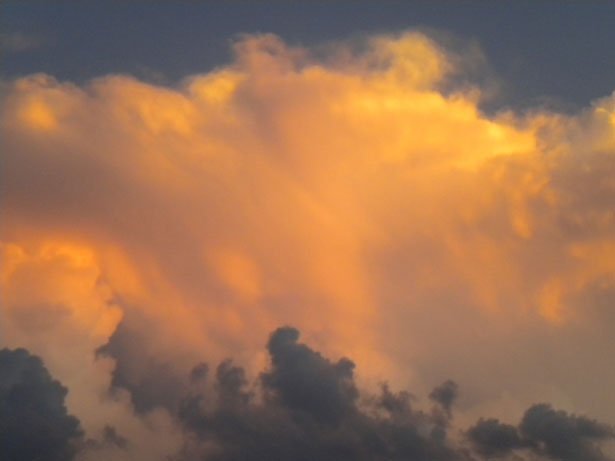 Between the posts of now and yet-to-be
exists an air of utter mystery.
The apprehensive ego speculates
its end occurs when there’s no more of me.

Defiantly, it strives to storm the gates
of heaven, railing hard against the fates,
but on a quiet sea untouched by storms,
the soul knows immortality awaits.

For energy is endless — it transforms
in ways we can’t conceive as essence warms
to universal consciousness.  Esprit
arises from Creation’s vapor swarms.

Regardless of the how or why, the key
is living in The Now abundantly.

Some claim his total essence could reside
in Christianity, Islam, or Zen.
Some swear he’s just a myth; some say he died.

Some think the universe resulted when
a random bang occurred, creatively,
and chaos rules each planetary spin.

Such thoughts are neither here nor there to me,
for God is simply everywhere. That’s all.
Benevolence beyond infinity.

Transcending time and space, the One we call
Jehovah, Yahwe, Allah — labeled, checked,
and catalogued — is anything but small.

I wouldn’t want a god my intellect
could comprehend. (You either, I suspect.)

Deep within the hidden country,
down a road nobody knows,
lined in shades of mystic colors,
violets and indigos,
stands the bridge that spans a distance
wider than the river flows.
Can you read the cryptic marker?
Do you wonder where it goes?

Only audible in stillness
comes the summons, “Take my hand;
we will cross together.” Choices
dance around illusion’s strand.
Quickening, yet not awakened,
shedding scents of La La Land,
on the cusp of Dreamed & Doing,
step into the ampersand.