The Cornish Sonnet is said to be influenced by Arab traders to the Cornish coast. This verse form is a merging of Arabic meter and the sonnet. Exactly when and how this came about I have yet to pin down. Early Cornish verse is fragmented and stingy at best. The earliest literature in the Cornish language were fragments of religious plays. The language became all but extinct by the 18th century but what was preserved demonstrates some verse in octaves using 7 syllable loose trochaic lines and alternating rhyme. Unlike verse from other Celtic origins, deliberate use of alliteration or other devices of “harmony of sound” are not present. This sonnet form doesn’t fit with these early findings so I can only assume that it arrived on the scene much later than originally presumed.

The defining features of the Cornish Sonnet are:
lyrical meditation.
a quatorzain, 2 sestets made up of linked enclosed tercets, followed by
a refrain which is the repeat of the first line of each sestet.
metered at the discretion of the poet, lines should be similar length.
rhymed Abacbc Dedfef AD
The first line of each sestet are repeated in
refrain in the last couplet.

variable. The sonnet can be written with an alternate
rhyme scheme abacbC dedfeF CF
In this scenario the last line of each sestet
is repeated in refrain in the last couplet. 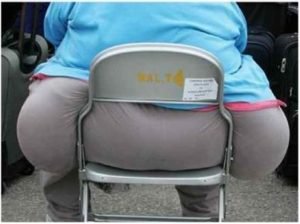 There’s no doubt that canoeing is out for this year,
but the girls in the club are about to decide
who can help with the wrestling and drinking of beer.
I believe that deferring my diet ’til then
is an act for the public; self trimming- denied.
I’ll be ready for drinking so we’ll win again. 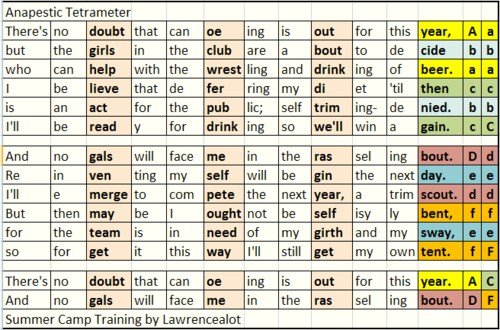