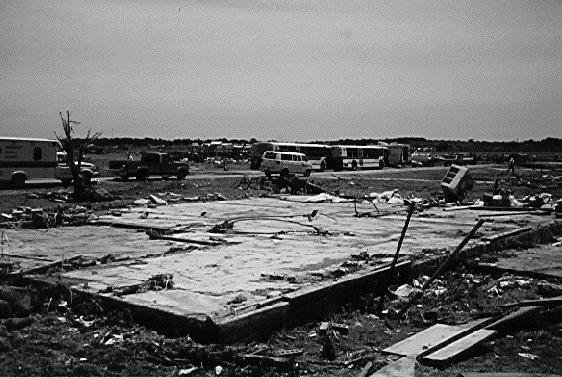 “It took virtually everything I owned, and showed me the folly of placing value on things of this world.” -Charles Boren

“Get up and grab your clothes!” No time for “Why?”;
no second chance to act, the life he knew
upended in a blink. With gaping eye,
the howling monster spiraled into view.

They fled by car, then watched it from a bridge.
Like flocks of birds, the pulverized debris
of pavement from their block took flight, the ridge
of dwellings devastated instantly.

And in its aftermath, the storm exposed
unyielding walls between them. Slab and slate
wiped clean, he left, she stayed — their history hosed
like muddy footprints out a garden gate.

The bedrock of a home once shared with her,
he counts among the things that never were.