The Cantar in verse is an octosyllabic quatrain that assonates and is usually limited to one strophe. The form dates back to 15th century Spain. Cantar is the Spanish verb “to sing” and in Spanish literature is loosely used as a noun for the “words for a song”.

The Cantar is:
• a 4 line strophe written as a stand alone poem or combined with other forms such as the Seguidilla or Flamenca.
• syllabic, all lines written in 8 syllables.
• rhymed, L2 and L4 rhyme with assonance, sometimes true rhyme but generally not. L1 and L3 are unrhymed however the end syllable should be stressed.

The windward breeze sings high tenor
while rolling waves play bottom bass
along the ragged shore. The song
of the ocean follows my day.

• The Cantiga is a predecessor of the Cantar. The Galician-Portuguese poetic genre was written between the 12th and 14th centuries. Rhythm and musicality were central while the words were limited. The themes were focused on the individual, a woman singing to her lover, a man to his lady, and the best known cantigas were about the miracles of the Virgin Mary. The frame of the Cantiga is at the poet’s discretion although 8 syllable lines are common.
• Cantiga de Amigo is a subgenre of the Cantiga, it is the female voice speaking of a lover. The voice could be the woman, her mother, her sister, or her friend, the subject is always the male lover. They are written in simple strophic forms, with repetition, variation, and parallelism, and most often include a refrain They are the largest body of female-voiced love lyrics of medieval times.
• The Seranilla (Spanish – little mountain song) is a short lined strophic sub genre of 14th century Galician-Portuguese cantigas. It is often a light hearted poem built around the meeting of a gentleman and a pretty country girl. It is often written in 5 syllable lines without prescribed number of lines or rhyme, both at the discretion of the poet. When written in octasyllabic lines it is called a Serrano.

Pasted from http://www.poetrymagnumopus.com/index.php?showtopic=1018
My thanks to Judi Van Gorder for years of work on this fine PMO resource. 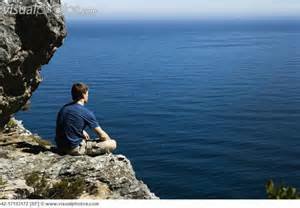 Upon this precipice I sit
because I’m quite afraid to stand.
I’ll crawl away or maybe slink
for I’m an acrophobic man.