Cywydd llosgyrnog, ców-idd llos-gr-notheg, 12th codified ancient Welsh Meter, a Cywydd, is composed in sixains. It is speculated that the Welsh poets learned this meter from a common medieval Latin hymn form.

Knight of the Round Table, King’ s friend,
the fabled handsome one, men commend,
lived to defend, valor seen,
Sir Lancelot earned his reward.
Though prowess unmatched with the sword,
betrayed his Lord, loved his queen.

Pasted from http://www.poetrymagnumopus.com/index.php?showtopic=976
My thanks to Judi Van Gorder for years of work on this fine PMO resource. 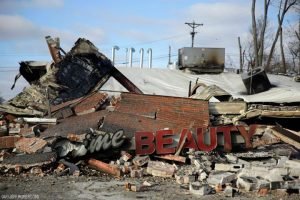 Had he not lied, I have no doubt
the race-baiters would have found clout
based upon the past grievous acts –
not current facts, but an excuse.
Men’s Billy-clubs and dogs turned loose
and past abuse against blacks.

Liar became provocateur
with consequences real and sure.
“Hands-up” became a news-reel theme
that fit the scheme of liberal guilt
to ratchet hatred to the hilt
and tilt acts to the extreme.

Their community has been wrecked
and clearly left without respect.
Some children have no Christmas hopes
all caused by mopes* of thuggish bent
for whom this cultural descent
to crime meant – a city gropes.

One perp whose lie became a blaze,
that caused a city to be razed.
If there is justice anywhere
he ought to wear perpetual shame
and be singled out by his name;
he’s to blame for much despair.

Author Notes:
Dorian Johnson (accomplice in the convenience store robbery and witness
against Officer Wilson) Not only does he contradict himself in his own
statements in the same session, but makes unsustainable and impossible
claims about the event that are impossible to have happened.

*Mope(From Urban dictionary)
A person of any race or culture that is: presenting themselves as uneducated
(either by mannerisms or the clothing they are wearing). Plural = Mopes
Mopes usually are up to no good and may have an extensive criminal
record and a limited vocabulary.