• The Onzain (French) or Onzijn (Dutch onze means eleven} is an invented form, the Dutch version of which is attributed to a Drs. P. The form apparently originated in France and this is all I could find about the French version of the form. The verse form is pretty simple, it is all about the number eleven.

The Onzain or Onzijn is:
○ a poem in eleven lines.
○ syllabic, each line is eleven syllables.
○ rhymed, the Dutch rhyme scheme is a-b-c-b-c-d-c-d-a-e-e, (I can only guess that the French rhyme scheme may be different since this scheme was specified as the Dutch version.)

Pasted from http://www.poetrymagnumopus.com/index.php?showtopic=2842#onzain
My thanks to Judi Van Gorder for years of work on this fine PMO resource. 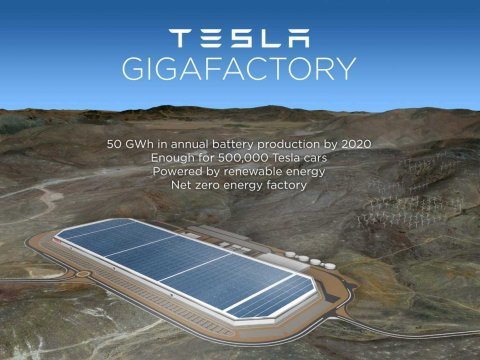 When a visionary moves into your town
it is reason to rejoice, and states compete
for the future good his industries will bring.
The new Gigafactory promise rings so sweet
(to make batteries here, versus in Beijing)
that the land required was offered Tesla’s boss.
As with quid quo pro, for almost anything
a few railed against what they supposed was cost.
But while cost is lost, investment’s not. A crown
has a value which exceeds by far its price.
I for one applaud my taxes use. It’s nice!

Note:  There is no mandated meter for this form. 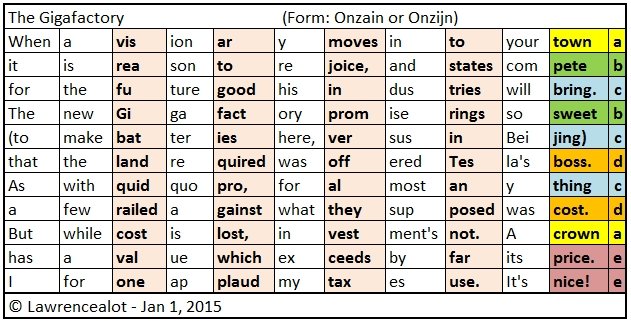