The following descriptiion and example is reposted with permission from Poetry Magnum Opus, with thanks to Judi Van Gorder for years of work on that fine resource.

The SciFaiku is what the name implies, science fiction haiku an invented verse form introduced by Tom Brinck in 1995. Scifaiku combines science fiction themes with some of the elements of the haiku.

The elements of the Scifaiku are:

big bang disputed
universe is infinite
it matters not

Yanked up by the stake
to mow lawn, rests on trash cans
near camellias

Stick-on, raised letters
offer poetry to all
who come to pass by

Note: The form is Titled, and apparently punctuation is optional.

an owl
hoots to
bug me

As far from the American Sentence as you can get in Haiku analogues.

A Stanzic poem, consiting of one or more tercets
LETTER BASED POEM, with 5/7/5 letters per line
TITLED, Without PUNCTUATION

per my
googles
today

maybe
we’ve got
’em all

American Sentence: Invented by Allen Ginsberg.
An American haiku variation. 17 syllables written in a sentence.
Any topic.
In a series:

James and Basketball
James plays basketball with cough and red cheeks activating asthma.
Grounded from playground basketball, he sees ball fall through hoop in his mind.
He watched beloved Trailblazers on television from his bed.
He calls Grandpa to discuss the game as both keep scores, critique players.
In his yard the hoop net droops waiting for him to play, to take his shot.

The Lightening Whitening Crone
My hairdresser calls my blonde/gray/white hair “dowdy” as she layers hair.
To cover thinning bald spots she poofs and puffs my crown which will whiten.
When too long, my hair hangs limp and will not turn under; fine strands just fall.
No Rogaine or woven weaves, wigs will not work for me, so I endure.
I forget about getting haircuts until bangs appear near eyebrows.
When grading or writing I like to see the page un-fringed and clearly.
My hairdresser knows she will see me when I’m teaching and need light head.

So, the qualities of such a sentence? Like most other good poetry it should be Imagistic, with that gap of meaning between the writer and the reader; ie: phenomenology. Some kind of juxtaposition helps create a tension. For example:

These poems are all from 2007, and we can see several categories. There are cat poems on July 4, September 8, November 5 and on November 17, the poem was written from a cat’s perspective. Found poems are entirely transcribed, or set up in the poem, from January 19, February 9, April 5, July 26, August 27 and December 19. Some poems are from dreams (my daughter Rebecca Rose is often called RR to save a syllable) and some are from relationships. (That has been a rich source of sentences over the past 8 years.)

The key comes from a Ginsberg notion, poets are people who notice what they notice. This is a mindfulness exercise and, the more aware you can be, the better the poems. They do reflect the play of the intellect, so a dull mind will create especially dull poems, but at least they’ll be short! In seventeen syllables there is enough room for rhythm and word music. Dig that line, rotor wash of ceiling fans.Dactyllic meter if you’re scoring. You can find other examples above.

Avoiding some of the rules of grammar, such as the poem September 8, also add a nice effect and just enough busted syntax so not as to obscure meaning, but be another Ginsberg Mind Writing Slogan,Maximum information, minimum number of syllables. (Condensing.) Ginsberg also comes from the William Carlos Williams school of using demotic speech, so the found sentence of July 26 provides a good example of that, as does use of the word urp.

Restated specifications:
Single line poem of 17 Syllables invented by Allen Ginsberg
May be titled or not.
May be in series, but USUALLY is not. 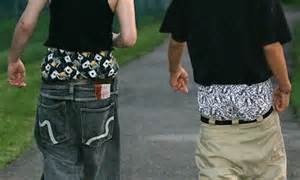 Pants hanging below their hips. Gotta be a trick; hidden suspenders?

Quite an interesting variation of the haiku which originated in Brazil, a haiku which rhymes in a set pattern:

I suppose it is easier to rhyme in Portuguese than in English:

I have also seen rhyme patterns aaa and abb indicated.

Pasted from http://www.poetrymagnumopus.com/index.php?showtopic=1137#abbreviated
My thanks to Judi Van Gorder for years of work on this fine PMO resource.

Another English language Haiku analog, for which, excepting the Wikipedia entry below, after seeing this form mentioned on IPF, I found zip.
In the “zip” form developed by John Carley, a haiku of 15 syllables is presented over two lines, each of which contains one internal caesura represented by a double space.[19][2
buoyed up   on the rising tide
a fleet of head boards   bang the wall
John Carley (Magma No 19, 2001)
Pasted from  http://en.wikipedia.org/wiki/Haiku_in_English#Variant_forms
Related Forms: Alphabet Haiku,  Crystalline,  Haibun,  Haiga,  Haiku,  Haikuette,  Kimo, Lune, Pixiku, Rhaiku, Sijo, Ukiah, Zip
My Example:
a mob assembled  it was great
flash-mobs  I appreciate

Crystalline Verse is a small poem, limited to 17 syllables, whose primary focus appears to be to match the Japanese clarity of image with the English harmony of sound. It was inspired by the Haiku and like the haiku it may be at its best when written in present tense. Any reference that can place the verse in context much like the Japanese kigo (season) or kidai (symbolic seasonal reference) is recommended.
The Crystalline employs the kireji (cutting word) of the haiku. The kireji in haiku is a word that “cuts off” one view and turns the reader to a different view. In a longer Japanese poem the kireji is 2 long lines inserted midway in the poem that change the direction of the poem not only in structure but in thought. A stand alone small poem such as the Crystalline emulates the long poem’s kireji couplet long line frame and it should “cut” or turn the view from one line to the next.
Unlike haiku which observes the image with objectivity and attempts to keep the ego out of the verse, the Crystalline invites the poet’s subjectivity and permits the poet’s thought and feelings to be communicated through the verse.
The verse form was created by American poet Denis Garrison and more information can be found at his site, Short Verse.
The Crystalline is:
Pasted fro http://www.poetrymagnumopus.com/index.php?/topic/1201-crystalline
A big thanks to Judi Van Gorder, other than the inventor, I found nothing else of much help.
The Crystalline: A Haiku Couplet
Denis M. Garrison
Four crystallines by Denis M. Garrison:
# 16
Rain-soaked barnyard’s a muddy bog,
but amidst the muck, blooms marigold.
#17
This primeval sea of prairie grass
is grackle-peppered … bison-strewn!
#18
In banyan roots enwrapped,
the granite Cross glows in the midst of lilies.
#19
Turtle shell found on grandma’s grave:
vacant, yet it bursts with violets.
DEFINITION: The “crystalline” is a new haiku analogue; a seventeen syllable couplet that assimilates as much as possible from the Japanese haiku tradition into the English poetic tradition. A primary concern for the crystalline is the euphony of the verse. See examples above
Pasted from http://www.scribd.com/doc/15868844/The-Crystalline-A-Haiku-Couplet
A Big thanks to Dennis M. Garrison
My own example:
In  the backyard grass my dogs all go-
The sidewalk’s game if there is snow.
(c) Lawrencealot – December 4, 2014

Pasted from <http://www.poetrymagnumopus.com/index.php?showtopic=1188>
Thanks to Judi  Van Gorder, who has done a marvelous job with PMO.  I agree with her feeling about this form.

I rose to say
something;  what is was I forgot
but that’s okay.